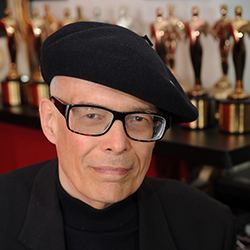 Ron has been a film and video professional for decades. Since his days at the High School of Art & Design, and the NYU Film School, he has won more than two dozen National and International awards for his work as Director, Cameraman, and Editor: from the New York Festivals, the Telly Awards, the Cine Golden Eagle, and the Houston International Film Festival, among others.

Ron's work is evidence of sterling credentials, from a professional with a real passion for his work. Watch his Camera Reel

He has Produced, Directed, Shot, and created Graphics and Animation on a Gertrude Stein Video Opera and companion documentary that, combined won 5 Awards. He also Co-Produced, Directed, Shot & Edited a one hour video opera version of the Ionesco classic “The Bald Soprano”, with extensive computer graphics and animation, and has finished a documentary on the making of a new “Alice in Wonderland” Opera, as well as the Opera itself, which was released on DVD by Albany Records.